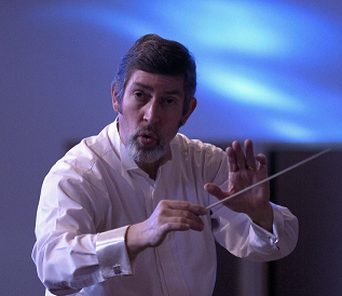 Dr. Appert received his Bachelor of Music and Master of Music in Trombone from the New England
Conservatory of Music, and he earned his Doctor of Musical Arts in Orchestral Conducting at the University of Kansas. Dr. Appert has studied conducting with Riccardo Muti, Otto Werner Mueller, Maurice Abravanel, Daniel Lewis, Fredrik Fennel, George Lawner, and Richard Pittman. He was one of fourteen conductors chosen to participate in Helmuth Rilling’s Master Class at the 1992 Oregon Bach Festival. His trombone teachers include Ronald Barron, John Coffey, and Tyrone Breuninger. He has performed as a trombonist with the Kansas City Symphony, the Virginia Symphony, the Virginia Opera Orchestra, and the Springfield (Massachusetts) Symphony. The 2022 – 2023 school year is Dr. Appert's 33rd at Clark College, Vancouver, Washington, where he is a Full Professor of Music and Chair of the Music Department, in addition to being the Music Director and Conductor of the Clark College Orchestra. Dr. Appert is celebrating his 21st season as the Music Director and Conductor of the Oregon Sinfonietta, and his 12th season as the Artistic Director and Conductor of the Jewish Community Orchestra. Both orchestras rehearse and perform in Portland, Oregon. Dr.Appert lives in Vancouver, Washington with his wife Linda, a coloratura soprano and active voice teacher. They have two daughters: Laura, a violist, and Rebecca, a violinist. Both are graduates of the University of Cincinnati College – Conservatory of Music.