A native of Massachusetts, Linda Appert studied at the Oberlin College Conservatory of Music and at the Boston Conservatory of Music, where she earned her Bachelor of Music degree in Vocal Performance. Graduate study at the University of Kansas included work with Norman Paige of the Chicago Lyric Opera. Subsequent studies include work with Susan McBerry of Lewis and Clark College and Ellen Faull, formerly of the New York City Opera. Subsequent studies have been with Nancy Olson Chatalas and Dr. Gwenolyn Leonard of Linfield College as well as coaching with Will Crutchfield, Mary Dibbern, Jan Powell, Rodney Menn and David Wakeham.

Ms. Appert has appeared widely in recital, oratorio, and opera throughout the United States and Europe. Her credits include performances with the State Symphony of St. Petersburg (Russia), the Slovak State Orchestra (Kosice), the Bourgas Opera-Philharmonic Society Orchestra (Bulgaria), the Filharmonic Bohuslav Martinu (Czech Republic), the Macedonian Philharmonic Orchestra, the Orchestre Symphonique de Conservatoire Frederic Chopin, and the Orquestra da Fundação Conservatório Regional de Gaia (Portugal). Locally she has appeared as soloist with the Vancouver Symphony, Bravo! Vancouver, the Clark College Orchestra, and the Oregon and Mid-Columbia Sinfoniettas.

During the year of 2005 she appeared as soloist with the Filarmonica de Stat “Ion Dumitrescu” Ramnicu Valcea (Romania) and performed a solo voice recital in the George Enesco Museum in Bucharest. In May of that year she was the Soprano Soloist with the Vancouver Symphony (WA) for Orff’s Carmina Burana. In September she returned to perform a 9/11 Memorial Concert with the Slovak State Orchestra (Kosice). She performed the role of the Queen of the Night in the Vancouver Children’s Opera production of “The Magic Flute” in November. During the 2006-2007 season she appeared with the Adana State Symphony Orchestra in Turkey, and the State Symphony of El Salvador. She reprised her role as Queen of the Night with the Vancouver Children’s Opera in October 2007. In September of 2008, she performed a program of American arias with the Orquestra Simfonica Sant Cugat in Barcelona, Spain. Most recent performances have been with professional orchestras in Romania and Italy in 2011 and 2012 respectively. In December of 2015 she will perform the premiere of Romeo  Rimbu’s Lacul with the Oradea Philharmonic as well as Mozart’s Exsultate, jubilate.

A member of the National Association of Teachers of Singing and the Music Teachers National Association, Ms. Appert maintains an active voice studio in Vancouver, WA. Her students have won many local, state and national awards for their singing. A number are currently pursuing degrees in voice at leading schools of music as well as singing professionally throughout the country. 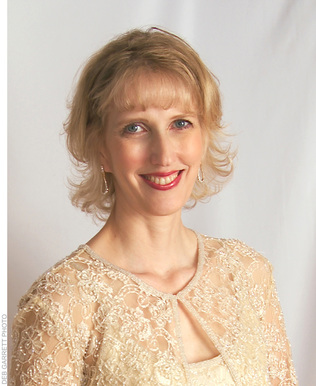